A nearly two-feet high (52 centimeter) erect phallic stone was discovered during an archaeological excavation in Rollsbo close to Kungälv outside Gothenburg. The stone was hidden under a stone packing and originally the archaeologists thought it was a Bronze Age grave. 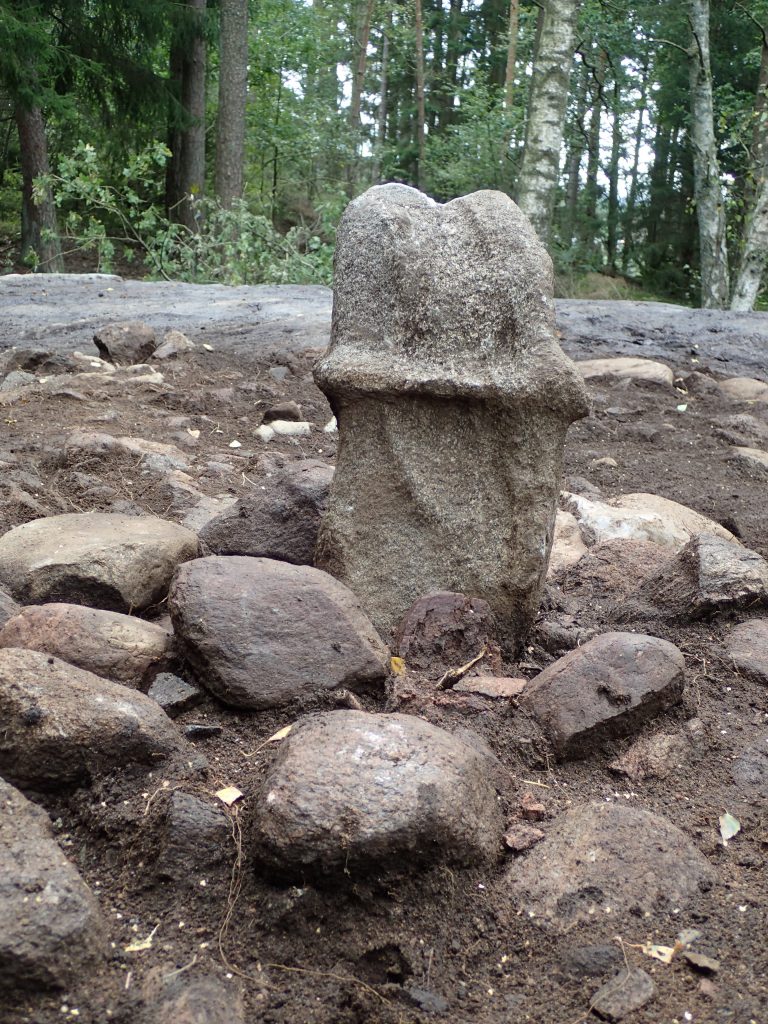 There were patches of soot surrounding the erected stone, placed in the very centre of the monument. Two small burnt bones were also found that’s probably animal bones. A hammer stone was found near the phallus. Forthcoming archaeobotanical analyses will perhaps reveal burnt cereals as a result of grain offering, perhaps together with the erection of the stone and within sacrificial fertility rituals.

The stone-setting turned out not to be a grave, but a monument primarily built over a phallos, preliminary dated to Swedish Bronze Age ie 1800–500 BC. 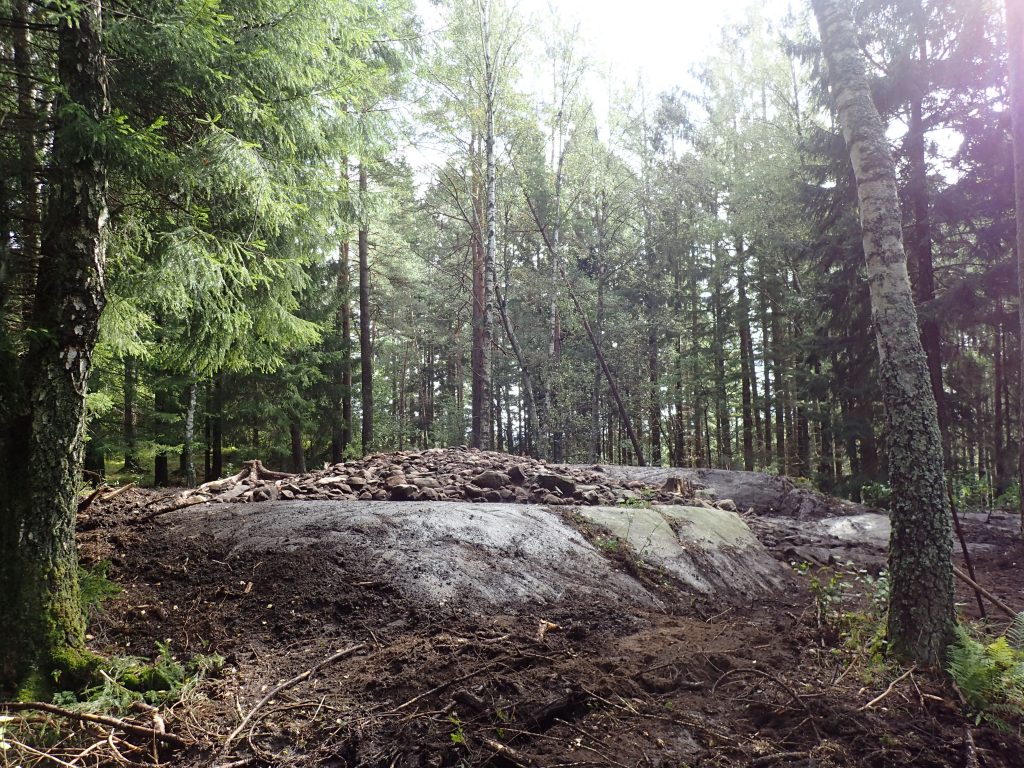 The site where the stone was found under the stone-setting.  Photo: The Archaeologist, NHM 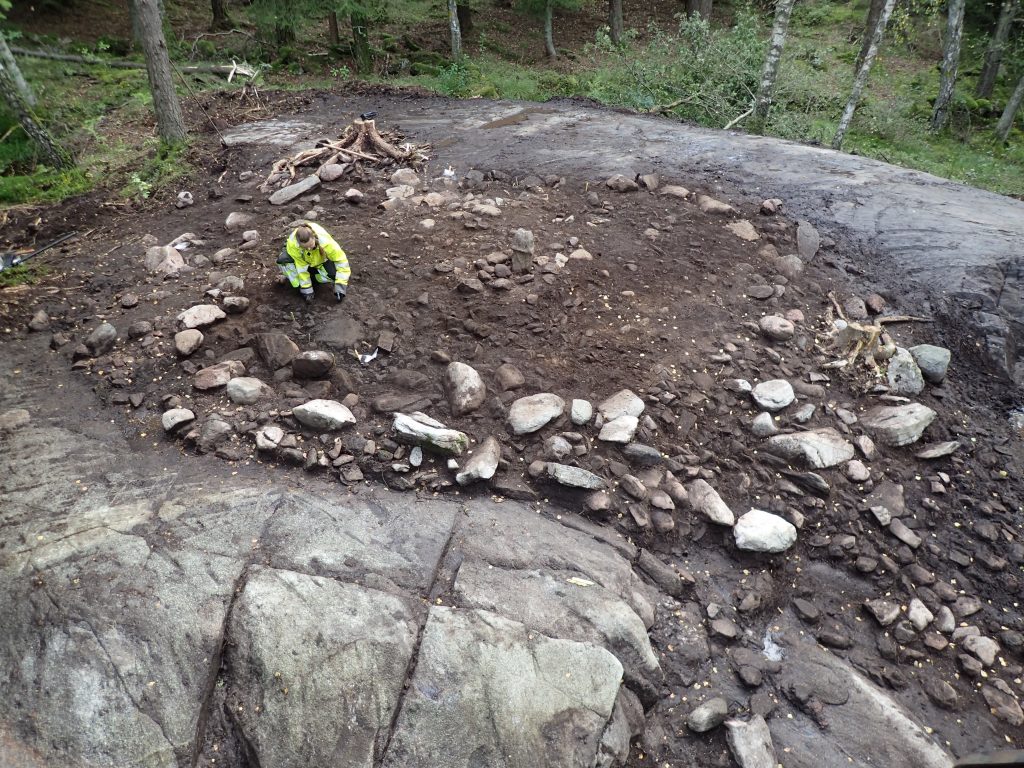