A 1000-year-old silver hoard containing several beautiful torque-style neck rings, arm rings and coins has been discovered in Viggbyholm, Täby, outside Stockholm. “This is something you probably only experience once in a lifetime”, says Maria Lingström at The Archaeologists, National Historical Museums in Sweden. 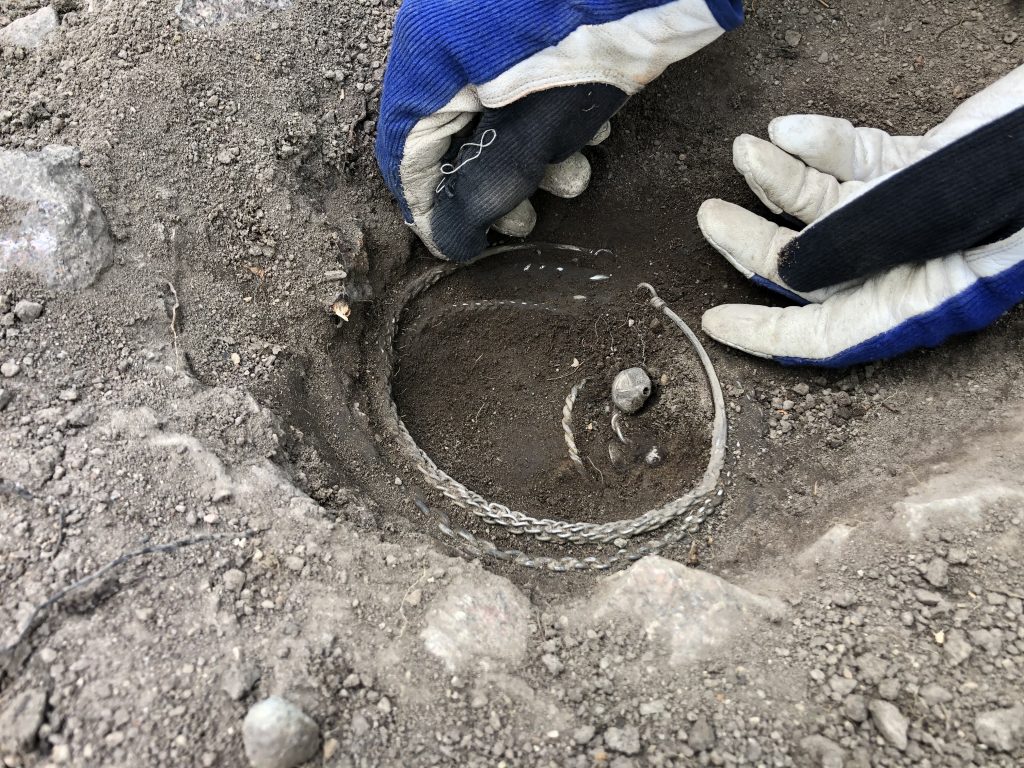 A unique treasure hoard dating from the Viking Age has been uncovered in Täby, Stockholm. Consisting of arm rings, coins and eight torque-style neck rings. Photo: The Archaeologists

The treasure was found during an archeological excavation of a Viking Age settlement in Täby outside Stockholm, an area thought to have been inhabited for several hundred years. The archeologists have found more than 20 houses and buildings, the earliest dating from around 400 AD, continuing into the Viking Age (800–1050 AD) and early Middle Ages. The treasure was buried under what was once a wooden floor in a building. The coins were deposited in a pouch made of linen, which together with the jewellery had been put into a small ceramic pot.

– When I started to carefully remove the neck rings one by one, I had this extraordinary feeling of “they just keep coming and coming”. In total there were eight high quality torque-style neck rings, extraordinary well preserved despite having been made and deposited almost a thousand years ago. They looked almost completely new, Maria Lingström says.

In addition to the neck rings, two arm rings, one ring, two pearls and 12 coin pendants (coins used as jewellery), were found in the ceramic pot. Why the inhabitants chose to hide some of their most valuable objects and bury them in the ground, is at the moment unclear, but several theories exist.

– One common interpretation is that people hid and buried their treasures in difficult and tumultuous times. We have yet to see if that was the case here, archaeologist John Hamilton says.

The coins are a perfect example of the far-reaching connections and blossoming trade, which flourished in Viking Age Scandinavia. Several coins are of European origin, representing countries as England, Bohemia and Bavaria. In addition, the treasure consisted of five Arabic coins, so called dirhams. One of the European coins is extremely rare and was minted in the city of Rouen, in Normandy, France. It dates to approximately the 10th Century AD. According to Professor Jens Christian Moesgaard at Stockholm University, this type of coin has previously ever been identified from drawings in an 18th century book.

The Archaeologists also found other objects, such as arrows, quernstones, and beautiful amulet rings, within the area. But the discovery of a silver treasure was somewhat unexpected.

– This is something you probably only experience once in a lifetime, says Maria Lingström.

The photos of the coins, the ring being cleaned and the collected treasure with a white background are from “Acta Konserveringscentrum”. A conservatory company in Stockholm. 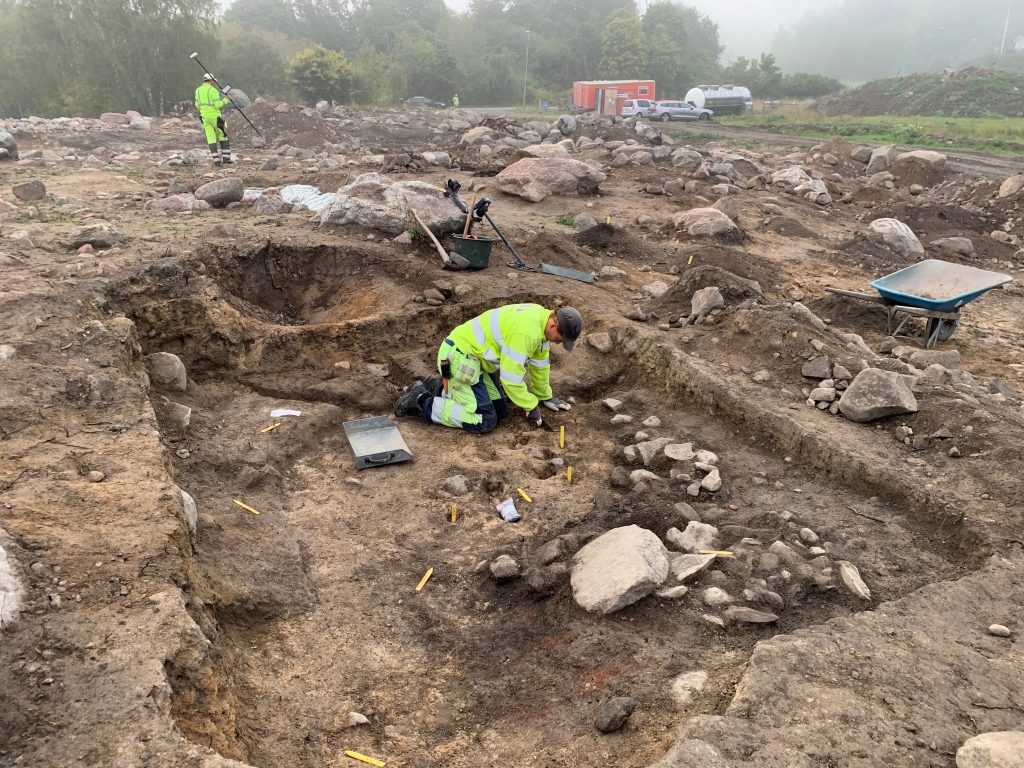 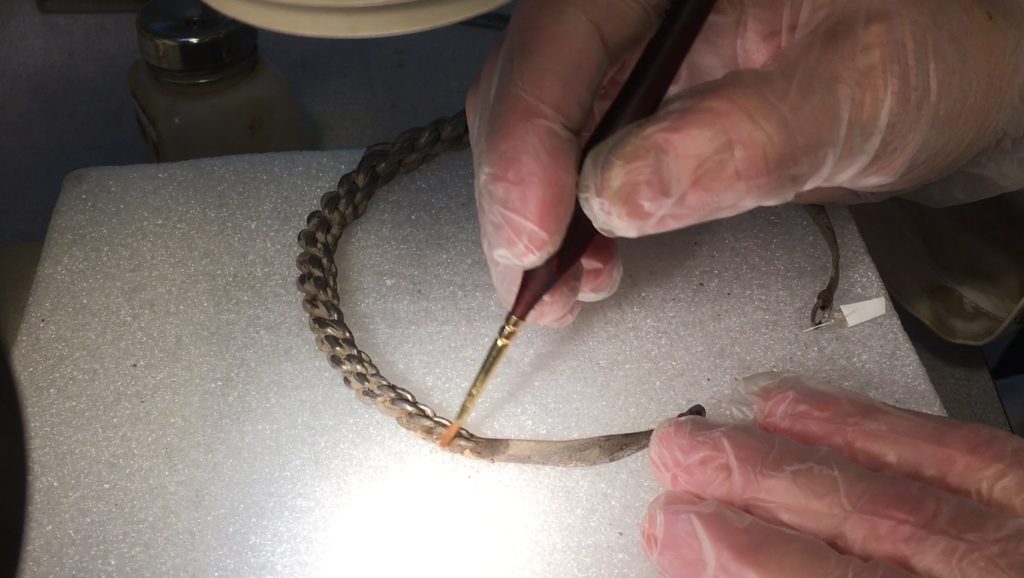 Cleaning one of the torque-style neck rings. Photo: Acta Konserveringscentrum 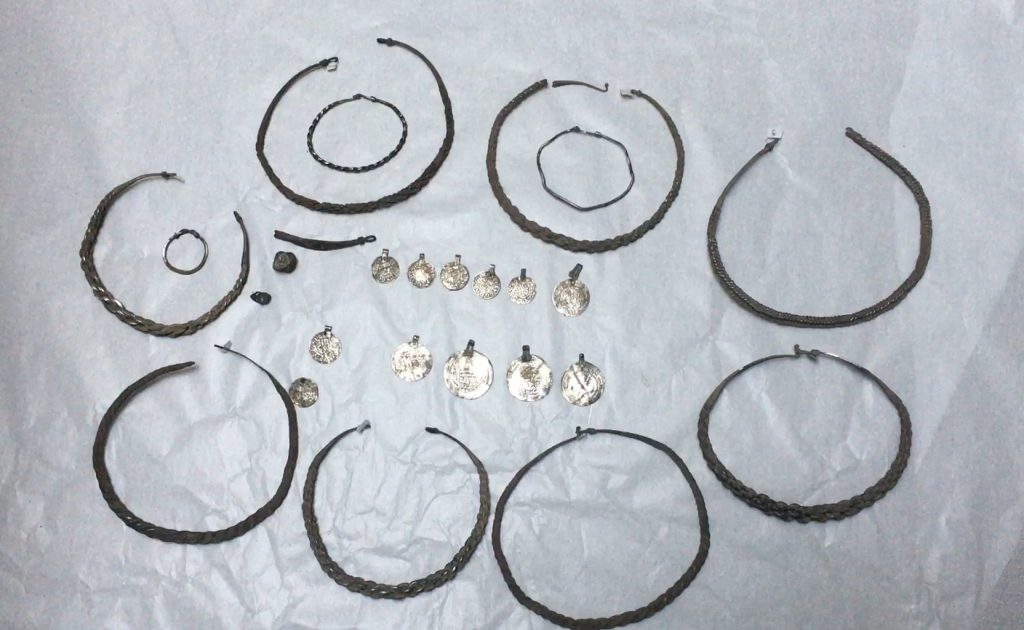 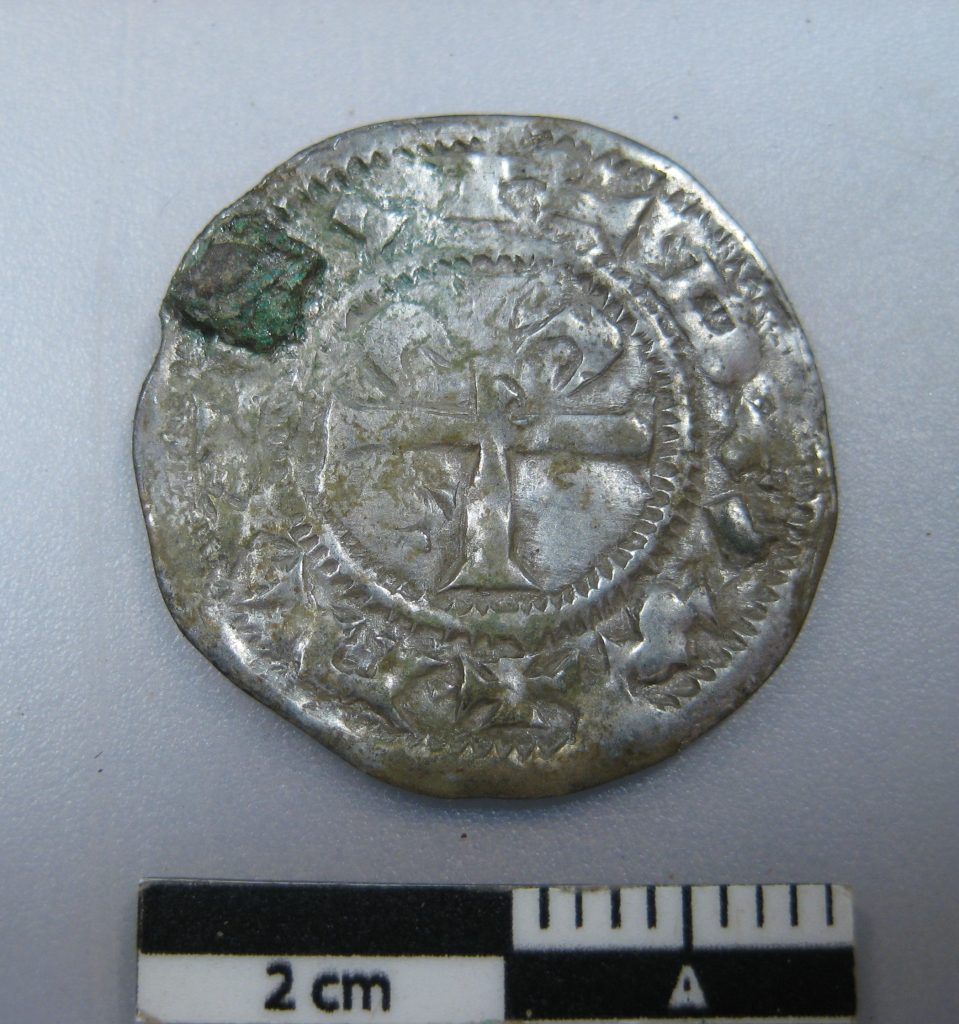